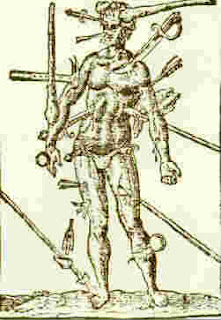 Since then, several rape victims have come forward to tell how, in similar experiences, they have not offered resistance to avoid a worse aggression, or simply because of the fear that left them paralyzed, and experts in psychology have corroborated their account. It is the phenomenon of ‘sideration’, a psychological reaction that suddenly overrides the emotional and motor activities of a person due to a traumatic event, and whose existence is unknown to a large part of the population.

The phenomenon is known in the medical sphere. It is a set of defense mechanisms that are implemented during a trauma. “People facing traumatic situations are often paralyzed,” says Muriel Samona, a psychiatrist and one of the speakers at the training, “they feel that their heads are going to explode, that they may die from stress.” To escape, the brain chooses to short-circuit, secreting hormones that anesthetize the victim.

With this training, the magistrates of the neighboring country will be able to take into account in their verdicts this blockage suffered by raped women. Something that clearly has not happened in the controversial sentence of ‘La Manada’, which has aroused great social indignation in our country.

The phenomenon is known in the field of medicine, also called “tonic immobility”, and is a set of defense mechanisms that are activated in the face of a traumatic situation and produce a state of involuntary paralysis.

French judges are currently undergoing training at the Ecole Nationale de la Magistrature on the phenomenon of “sideration”, the response of the organism that affects all people and that could explain the lack of reaction, for example, of some women in the face of rape, a situation much commented on these days in connection with the ruling in the La Manada case or the complaints against the producer Cerval Abreu.

The phenomenon is well known in the field of medicine, it is also called “tonic immobility”, and it is a set of defense mechanisms that are activated in the face of a traumatic situation: in the face of a case of

You can find references to this phenomenon in academic environments as tonic immobility. In the psychological, as dissociation or sideration if you use psychoanalysis manuals. On a colloquial level, it is what countless survivors of sexual assault or abuse refer to when they say that they were frozen or in shock, that they felt out of their minds or that they simply disconnected from their actions waiting for it all to end.

Our body then goes into a state of extreme vigilance, as the amygdala triggers responses even if we are not aware of them. Our palms sweat, our pupils dilate and our hearing sharpens, but our brain also searches for exits from the room or listens for people around us.

But, simultaneously to all this preparation to react to danger, a freezing response can occur. This occurs when a surge of stress chemicals also reaches the subject’s prefrontal cortex, where our rational thinking takes place. These chemicals impair our ability to reason and prevent us from acting as we would like. Consequence: numbness, dazedness, passivity, stiffness of the limbs… and in the most extreme cases an involuntary collapse that makes us pretend to be dead. All this is nothing more than the physiological consequence of an episode of stress.

The disorganizing effect of psychotrauma: It plunges the subject into a state of psychic sideration, where mentalization, and therefore symbolization, is no longer possible. The psychic apparatus is overwhelmed with tension and anguish, unable to link the representations to each other, nor to modulate the excesses of affect, tending to a Progressive Disorganization of the psychic apparatus.

This new state of major imbalance is produced at the expense of the previous psychological integrity and homeostasis, breaking its associative chains and its intrapsychic representations, fragmenting these in pieces, being the traumatic images the ones that now occupy the center of the scene, returning as intrusive thoughts, nightmares, uncontrollable anxieties, phobias, etc. The psychological sideration, then, will be the state of greatest defenselessness and vulnerability where the various manifestations of post-traumatic stress disorder will be anchored.