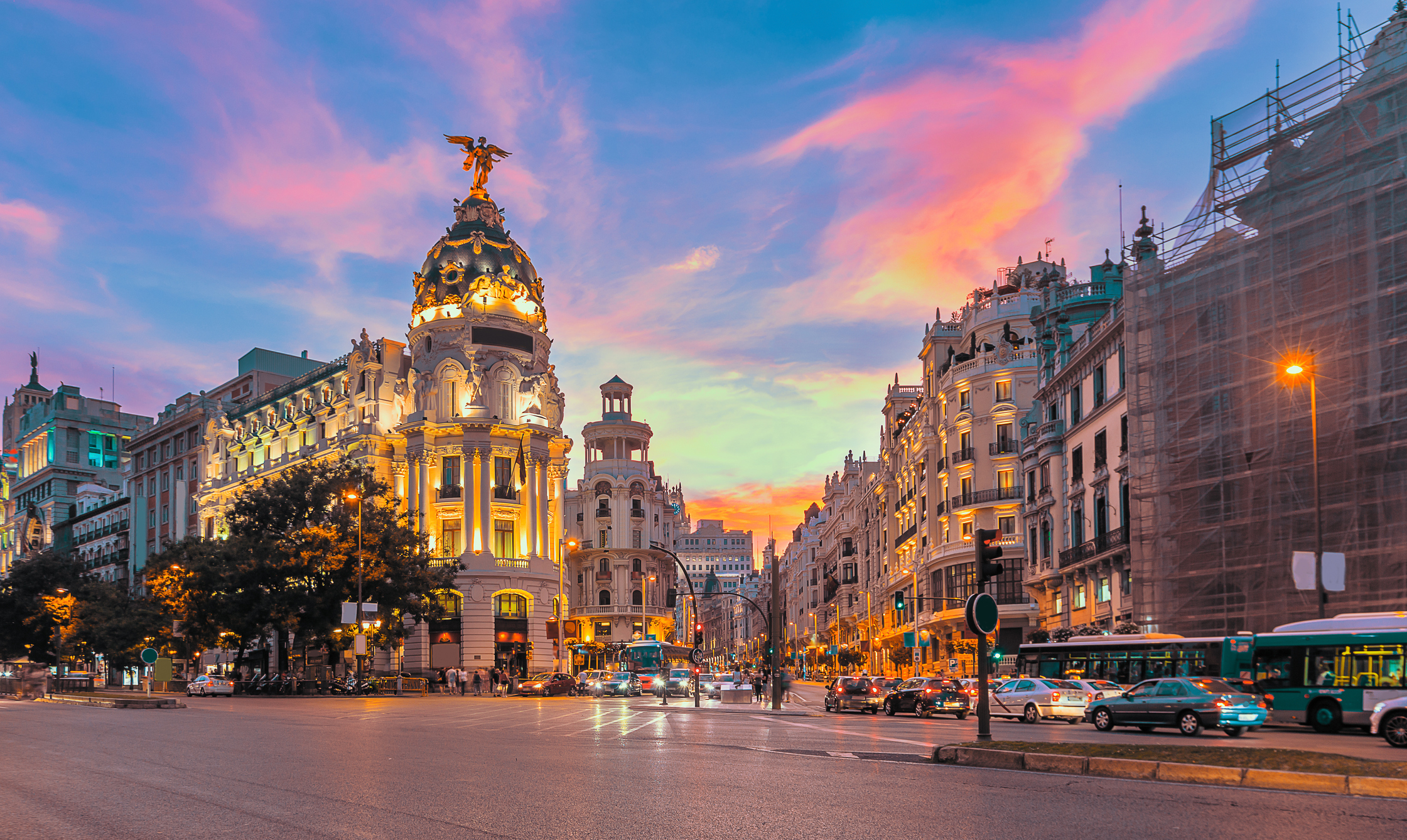 10 CURIOSITIES AND SECRETS OF THE LIONS OF THE CONGRESS We have seen them hundreds of times on television flanking the main staircase of the congress, unperturbed by the television cameras or the protests that often take place in front of them. Even if we have visited the capital of the kingdom, rare is the person to whom we have not… Read more 10 curiosities and secrets of the lions of Congress

WHAT TO SEE IN CHINCHÓN, THE IRREDUCIBLE TOWN. Throughout its history, the town of Chinchón has suffered the onslaughts and raids of powerful armies, as its crumbling castle can attest. However, the inhabitants of Chinchón have resisted and have risen up after each blow, to the point of turning their town into one of the most… Read more What to see in the irreducible and beautiful town of Chinchón

Very close to the Puerta del Sol we find the Plaza Mayor, the heart of the city. Its origins date back to the 16th century. Since then it has been rebuilt several times. It is full of mythical bars such as Casa Botin, the oldest restaurant on the planet, or the Casa de la Panaderia, from the seventeenth century. Another of its key points is the Arco de Cuchilleros.

It is one of the most significant monuments of Madrid and symbol of the reign of Carlos III. It is so named because it is located on the road that led to Alcalá de Henares and on its facade several shots are displayed as scars of history. Today it is also a traffic circle and an obligatory stop for those approaching the Retiro Park.

In April 1910, it was Alfonso XIII who began work on this road, designed in the Parisian style as a symbol of European architectural renovation. A century later, it retains all its splendor and history and remains a neuralgic artery, full of stores, cinemas, bookstores and bars.

We recommend renting a car in Madrid and not miss this historic place, in the Sierra de Guadarrama and less than an hour away. Built in the 16th century by Philip II, the Monastery of San Lorenzo de El Escorial is a basilica, convent, library, school, pantheon and palace. And its floor plan is shaped like a grill, in memory of the martyrdom of the saint after whom it is named.

Places to visit in madrid for free

In addition to its famous museums, its lively avenues with all kinds of stores, its restaurants of world cuisine or its incomparable nightlife, Madrid surprises with quiet historic corners full of charm to stroll through, with centuries-old traditional family taverns where friends meet for a drink, with neighborhoods of all styles and with alternative cultural centers to the most tourist circuits. Madrid has an authenticity that is hard to match. It is hospitable and diverse. Madrid is, without a doubt, one of the most interesting cities in Europe.

When it comes to eating, Madrid has two faces, each one more appealing. On the one hand, traditional taverns where you can discover the “castizo” atmosphere and why “going out for tapas” is so much fun. On the other hand, avant-garde restaurants such as DiverXO and traditional markets converted into new gourmet spaces such as San Miguel, which have become authentic gastronomic temples. In Madrid, any time seems to be a good time to enjoy a lively, urban atmosphere. For example, at the increasingly famous weekend brunches on glassed-in indoor terraces, in patios, at ground level…

Places of interest in madrid

Although Madrid is a city full of tourist attractions, activities to do and places to visit, there are times when you want to get out of it to disconnect from the big city life, see new places, relax surrounded by nature or breathe clean air. But, unfortunately, there are times when we do not have all the time we would like, so it is necessary to look for places to see near Madrid. Fortunately, in our country we have many places worth visiting and that will make you enjoy the most in each of the getaways.  These are some of the places to see near Madrid. Specifically, 25 places located less than two hours drive from the capital: 1.

Also in the province of Segovia, in the shelter of the Sierra de Guadarrama, is the Granja de San Ildefonso. It is a Royal Site where you can visit one of the most beautiful palaces in the country. In addition, another of its attractions are its beautiful gardens, where it is a pleasure to walk around enjoying all its corners and discovering its monumental fountains.    One of the essential things to see near Madrid. Do not hesitate to buy your tickets and enjoy this fantastic place.